Servet recently proved that LPWA, specifically LoRaWAN, can transmit over hundreds of kilometers. There appears to be no real limit to the range that LPWA can achieve under special conditions, which is an advantage owed primarily to narrow band radio frequency transmission. For example, increasing altitude, limiting interference and increasing transmit power will have a favorable effect on range. But what is the true range regularly achievable by the technology under standard conditions? This author put it to the test.

The year was a not so long ago: It was 2015, and LoRaWAN networks had just started being deployed. As LoRaWAN was a new standard at that time, it was not as widely accepted. There happened to be a few gateways available in San Jose, Calif. One gateway was located on North 1st St. near the airport. I decided to test it, aiming to gauge the range and reliability of its connectivity.

Since standard LoRa devices were also not readily available, I had to acquire an early kit from Semtech. The kit contained a GPS receiver and a simplified LoRa transceiver. After some setup, which was not simple at the time, the kit was capable of locking to GPS and transmitting the coordinates to the LoRa gateway. The coordinates were then forwarded to a server.

The test was basic: Drive around the greater San Jose area and see how far I could go while still being capable of transmitting my coordinates. Particularly, I was investigating how connectivity would hold up in an urban environment, surrounded by buildings. The results amazed me at the time. 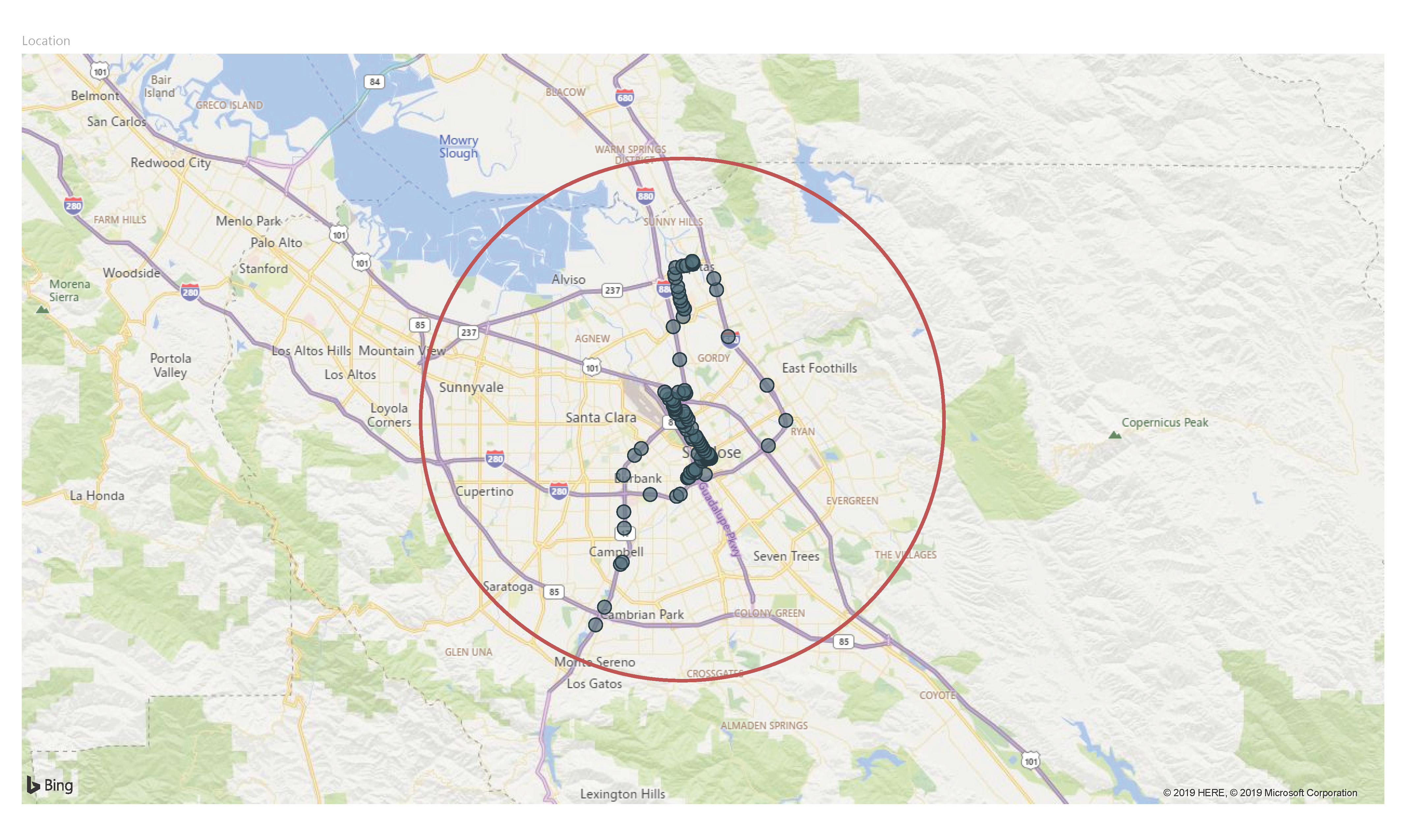 As shown in the image above, San Jose is bordered by Milpitas to the north and by Campbell to the south. While consuming very little power and broadcasting a very low data rate, I drove from San Jose’s downtown to past Campbell -- almost reaching Los Gatos before I lost the connectivity. I also drove around the city and as far north as Milpitas.

Signal transmission remained while driving at the speed limit on the freeways. Speed is significant because it contributes to a Doppler shift that can affect transmission. As observed, traveling 60 mph does not add enough Doppler shift to impair connectivity.

The range provided was an incredible seven-mile radius through narrow urban roads, over major freeways and around tall buildings. The breakthrough of narrow band transmission had lived up to its promise of low power consumption and wide range. IoT applications finally had a dedicated RF technology that enabled them to flourish. World distance records aside, LoRaWAN and other LPWA protocols enable a true wide area connected ecosystem. To read more about the benefits of LPWA and LoRaWAN within IoT, go here.

For more information, visit www.abracon.com or connect with us on LinkedIn.