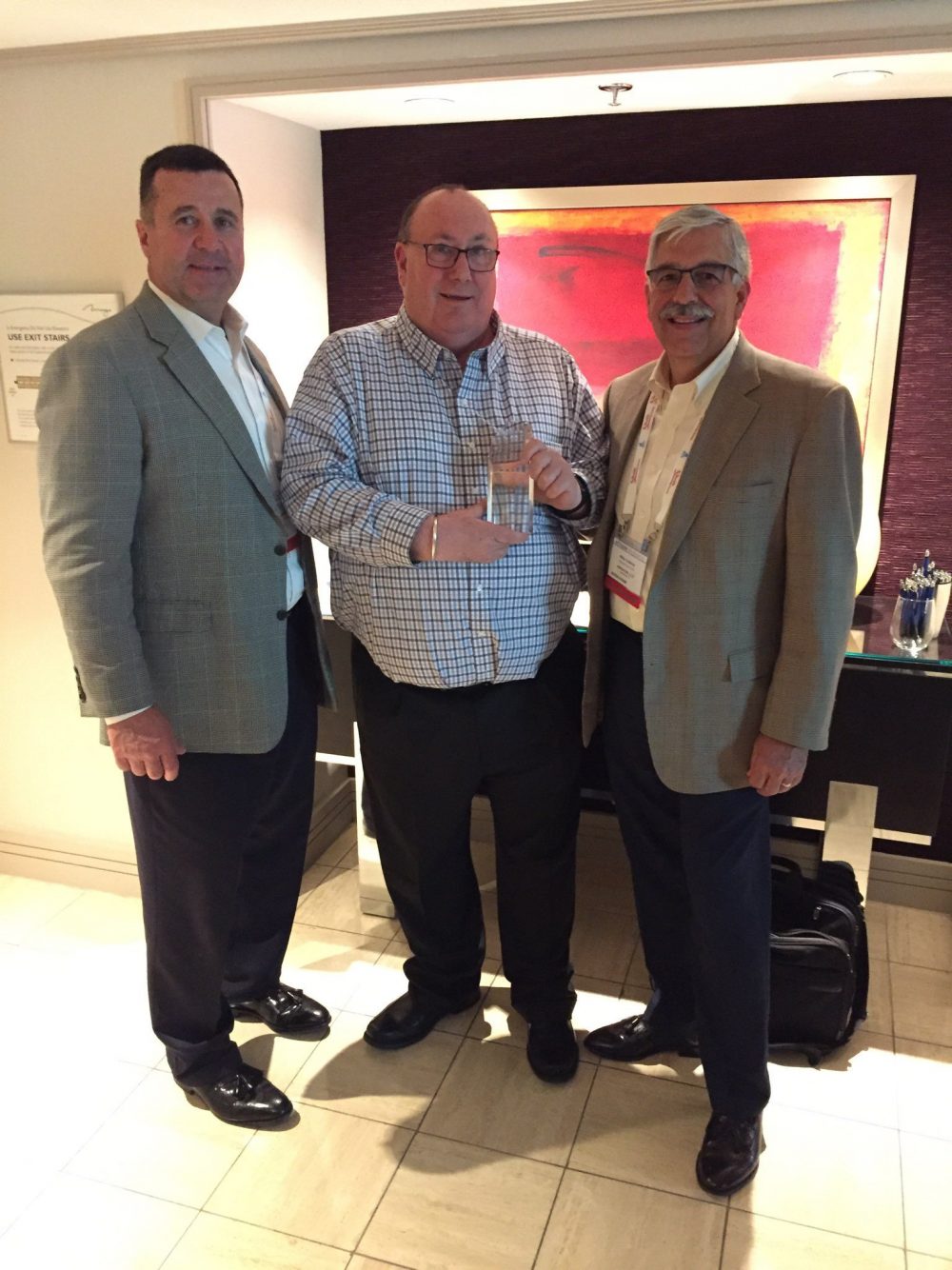 AUSTIN, TX – Abracon, LLC (Abracon), The Heartbeat of the IoT®, a leading global manufacturer of frequency control, timing, synchronization, RF, connectivity and power components recognizes Coakley, Boyd and Abbett, Inc. with award for sustaining the highest growth in 2017. The award is presented to one of Abracon’s manufacturers’ representatives each year and CBA has won consecutively in 2016 and 2017. A dedication to sales support, delivery, quality and service has helped CBA grow our mutual customer base.

“CBA is a key partner, and we appreciate the support provided to Abracon’s customers,” says Mike White, VP of Global Sales with Abracon. “Abracon values the continued support in the territory.”

The award was presented at EDS Summit in Las Vegas. Accepting the award on behalf of CBA was Bob Walsh, their President. “All of us at CBA are really proud to receive this award. This was a team effort between our two companies,” he comments. “Abracon continues to lead the way in introducing new products and with superior service, we look forward to another strong year together.”

Abracon congratulates the CBA team and looks forward to sustained growth in the future.

About Abracon, LLC | The Heartbeat of the IoT®

About Coakley, Boyd and Abbett, Inc.

CBA is committed to long-term customer and principal relationships with the highest degree of customer satisfaction. Coakley Sales Office was founded in 1939 by Timothy W. Coakley. Abbett & Hustis was founded in 1946 by Frank E. Abbett. The two companies merged in 1966. Over the years, CBA has had a proven track record of adapting to the ever changing electronics industry landscape, and today it is considered one of the leading edge manufacturers' reps in the United States.

EDS is an annual leadership summit. It is an important gathering of the movers, shakers and brightest minds that electronic component manufacturers, distributors and representatives have to offer. In an energized, progressive atmosphere, top decision makers come together to build business. It’s a forum to plan, discuss new opportunities, and reset goals The core of EDS is valuable idea exchange. It happens through high-level strategic meetings, event functions and informal gatherings. Business relationships are rekindled and new ones formed.